This job has been one of the best, if not the best construction project, that in my thirty years of architectural practice, I have been associated with. There would be no hesitation in recommending Gibbs Construction as a proficient, honest, professional organization to any client who wants excellence in all aspects of construction. This job demonstrates how an efficient well-oiled team effort works.

301 Magazine Street apartments came to fruition as a CMAR project. Gibbs became an integral part of the early preconstruction phase working hand-and-hand with the design team and the owner.

As the general contractor, Gibbs renovated and restored this three-story multi-use property, located in the downtown Central Business District of New Orleans. The building’s exterior flaunts the original monumental granite facade, which required an extensive amount of stone restoration.

As a part of this historic renovation, the Gibbs team reinforced interior brick walls and installed new structural steel beams on the second and third floors. Maintaining the original floor levels became critical during the erection of new vertical structural members.

Existing demising masonry walls were opened between units to enlarge living spaces. New structural steel columns, extending between floors, were required in order to accommodate the span of this enhancement. The building’s existing fourth-floor penthouse was also enlarged to create a luxurious owner’s unit which overlooks the downtown cityscape.

Throughout this renovation, materials were selectively salvaged or replaced. The original pine floor on the second level was spared and refurbished, while the third level received new cherry wood floors. An extensive amount of marble applications adorn the interiors.  The foyer of each tenant unit welcomes residents with custom hardwood cabinets and elegant marble flooring, and the spacious, chic marble-clad bathrooms create a spa-like ambiance.

This project required clever ingenuity to overcome the tight urban constraints which became obstacles during material deliveries and the restoration of a fire-damaged exterior wall. The once-born bank building now provides locals with a high-end apartment option in the center of downtown New Orleans. 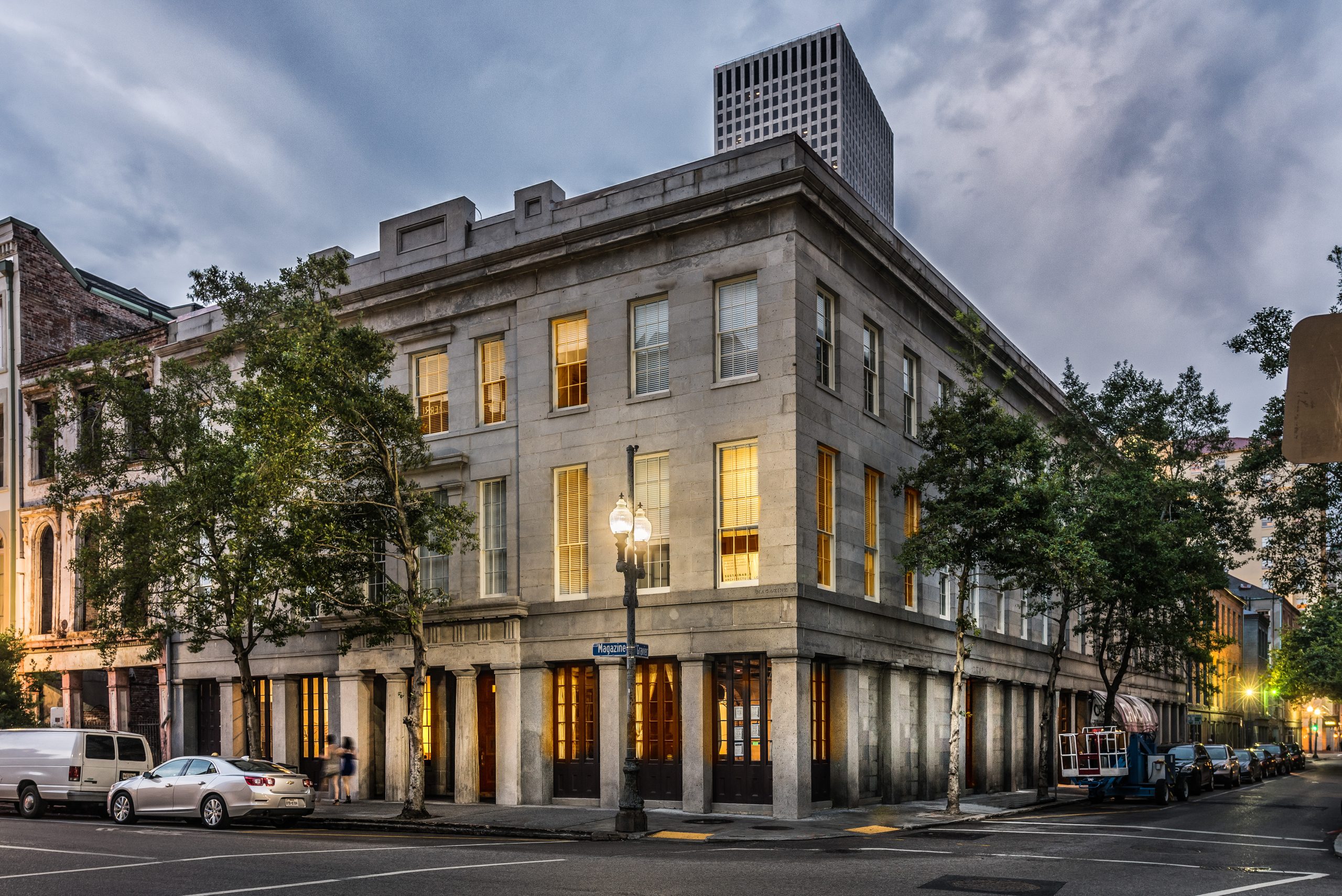 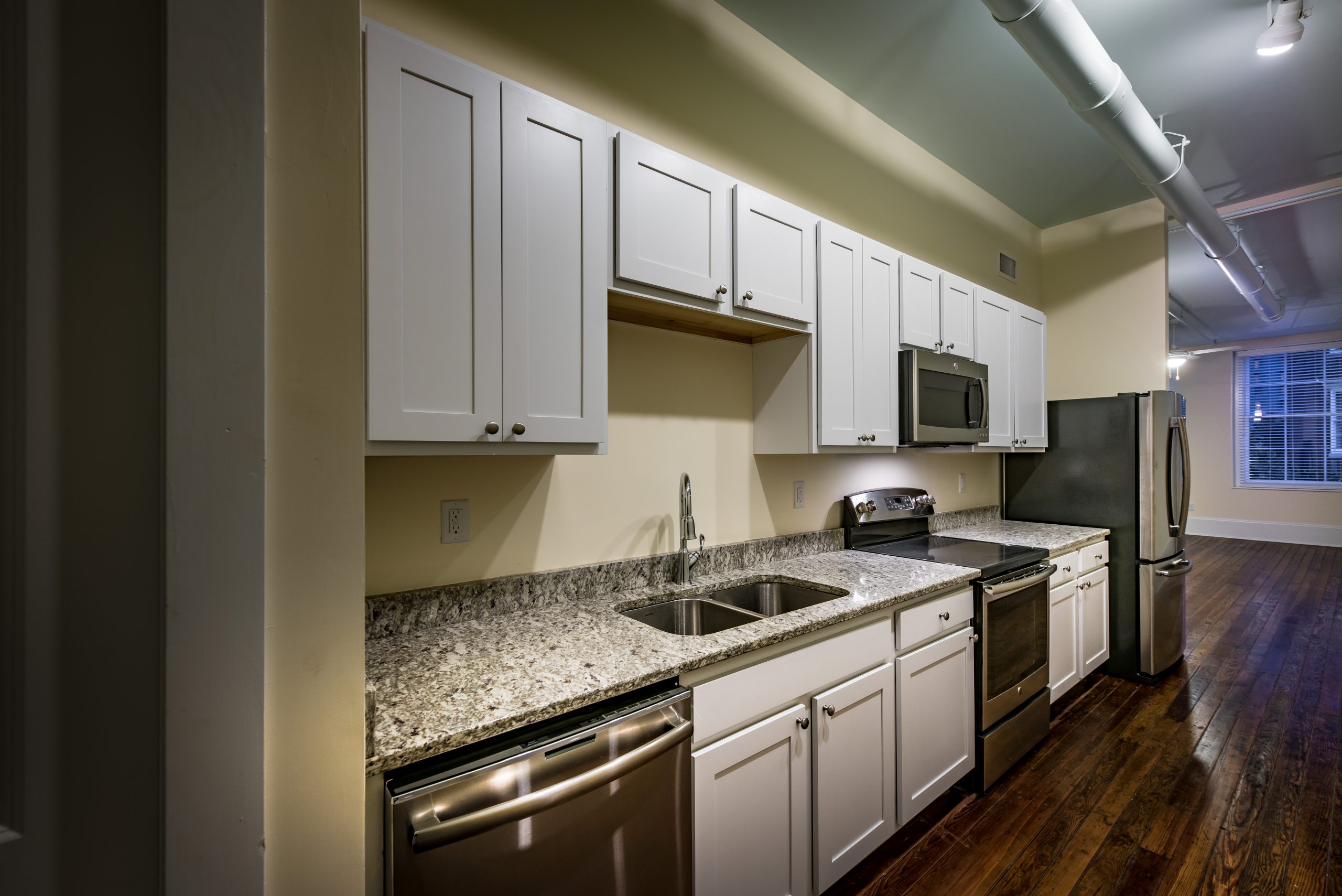 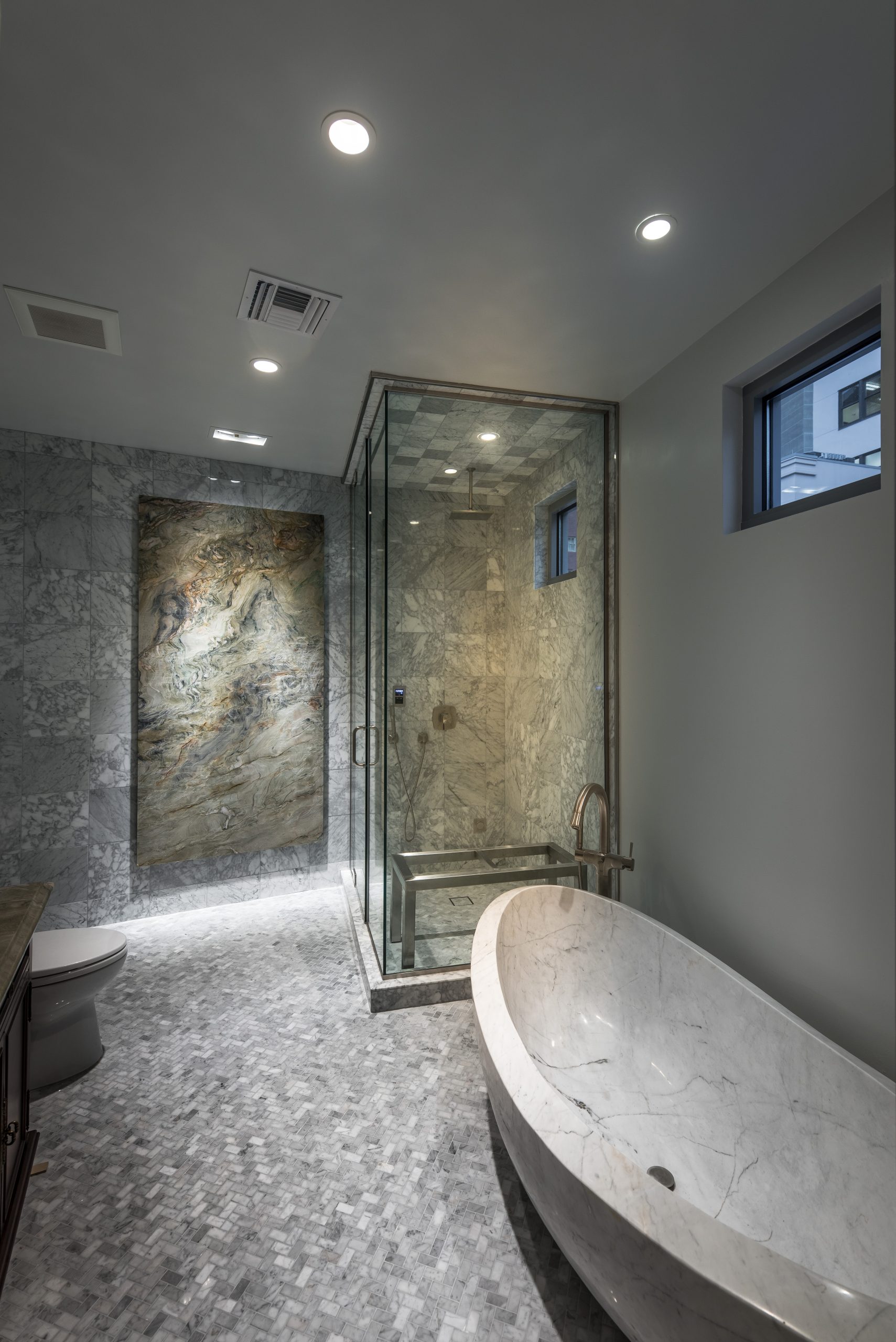 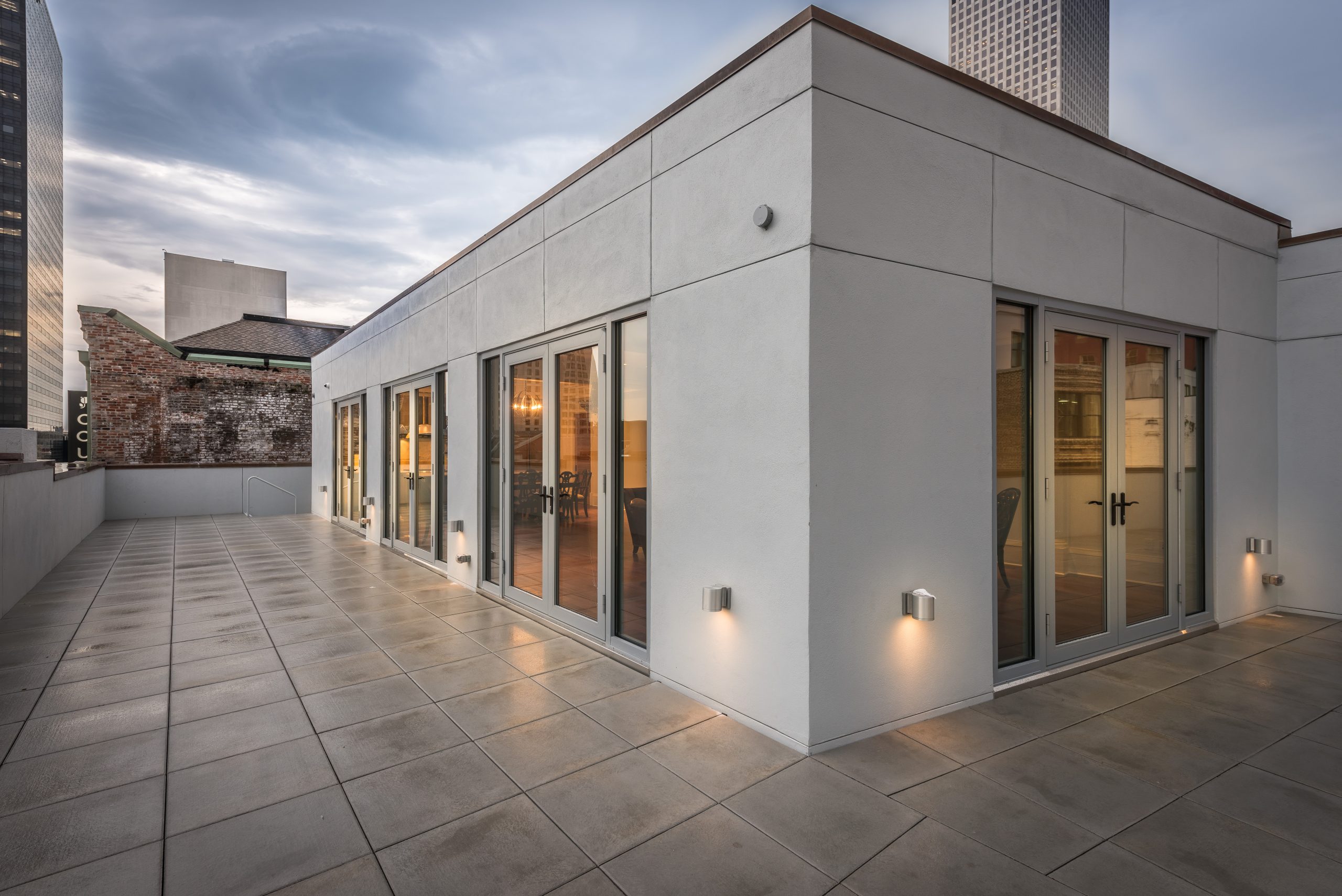 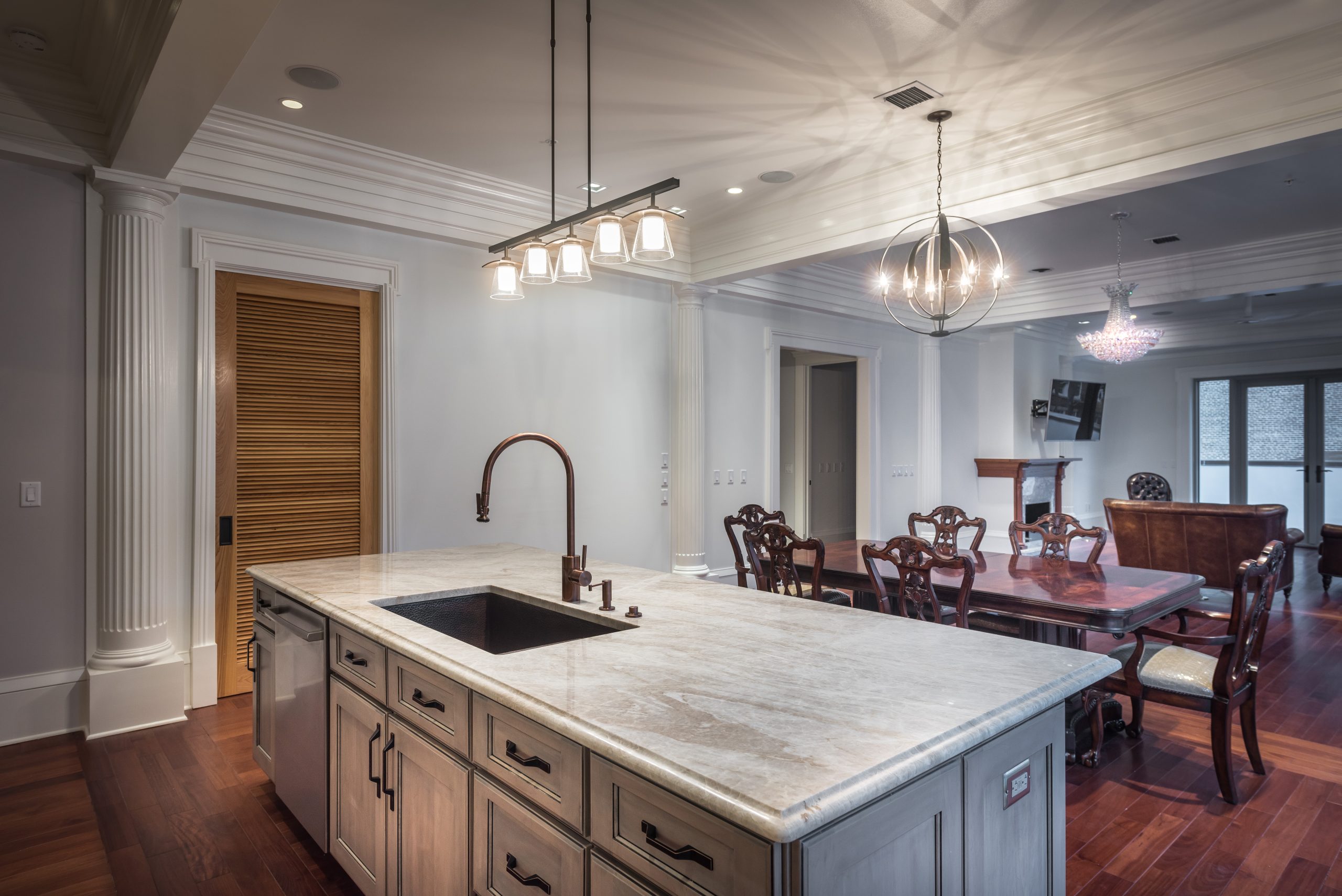 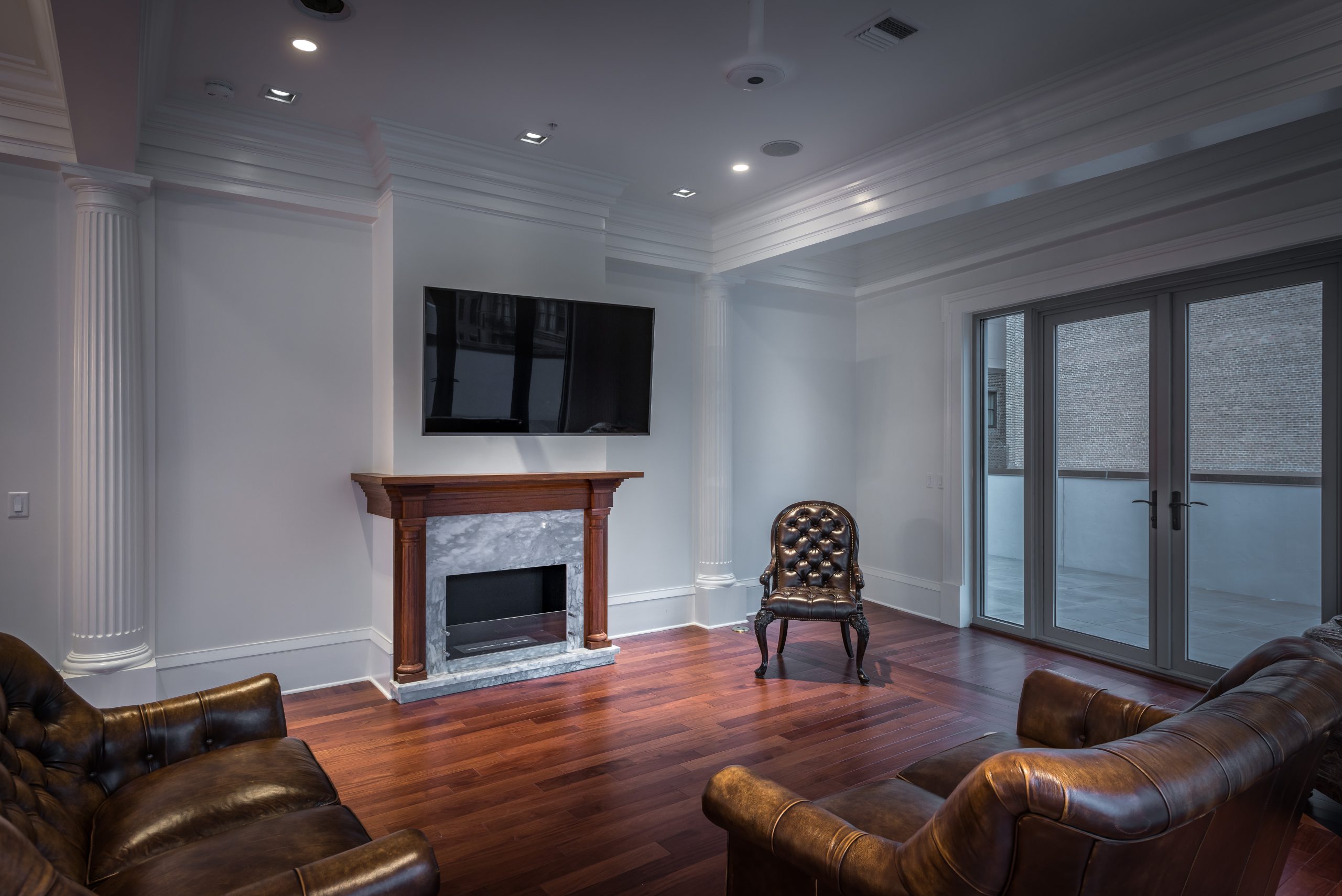 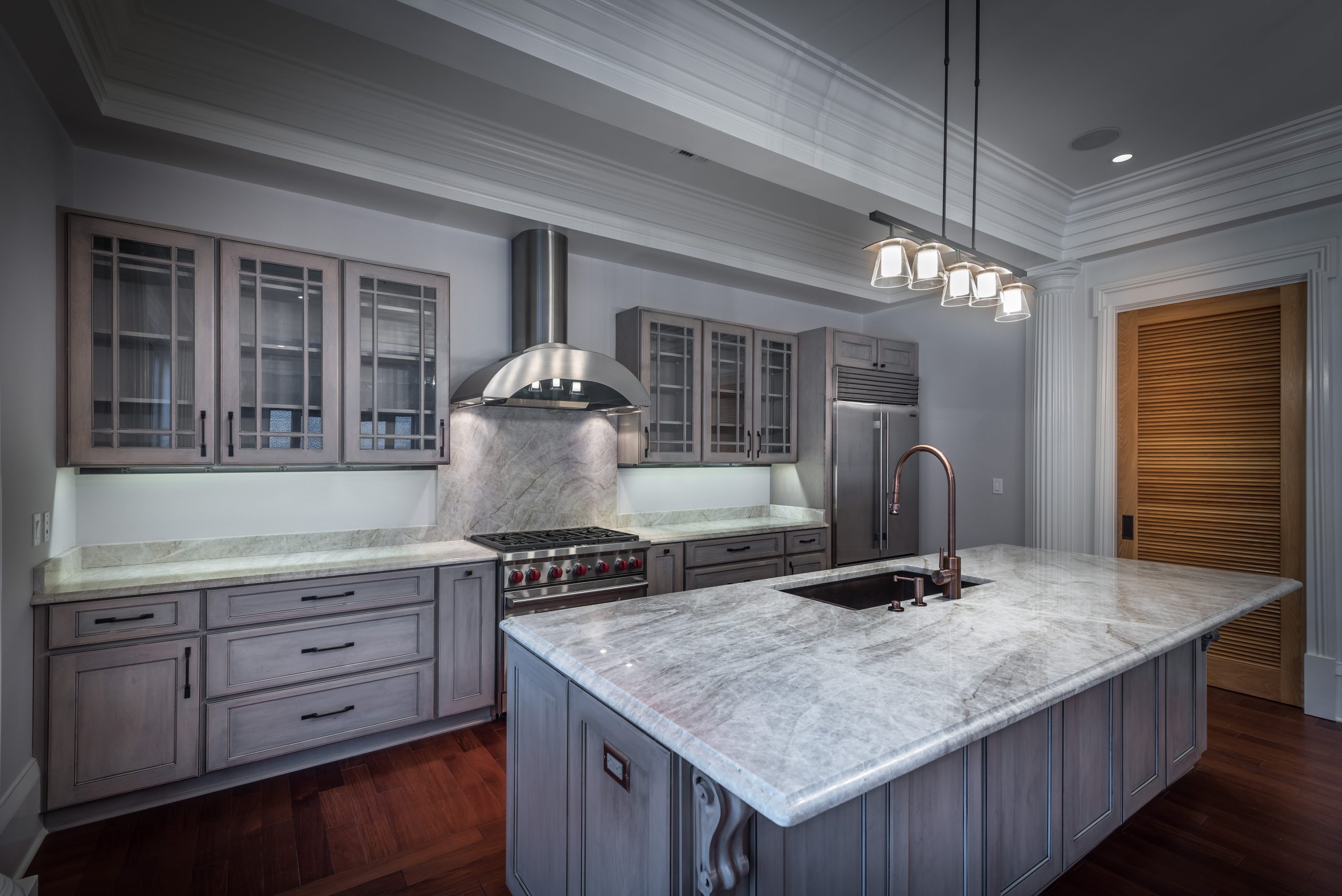 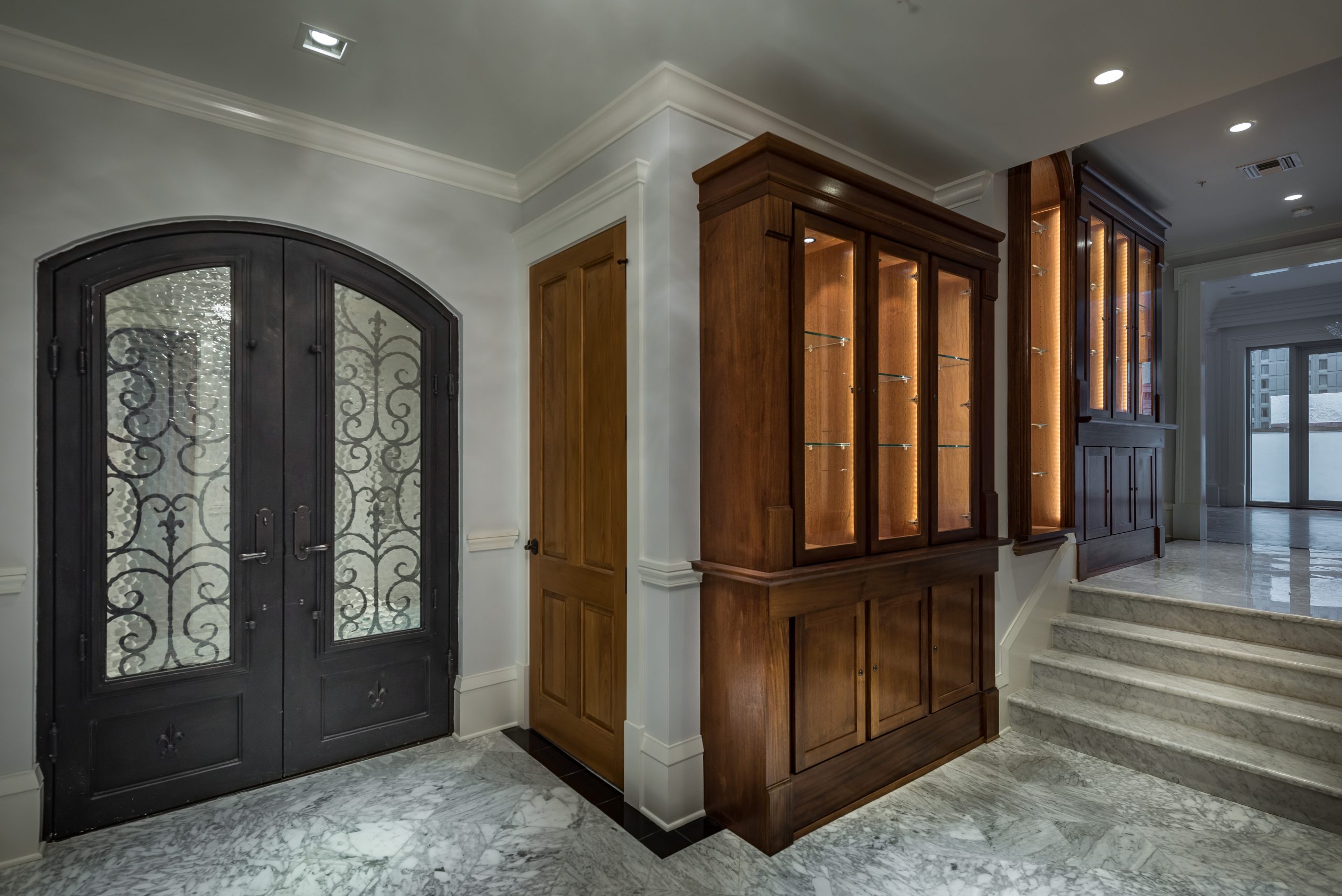 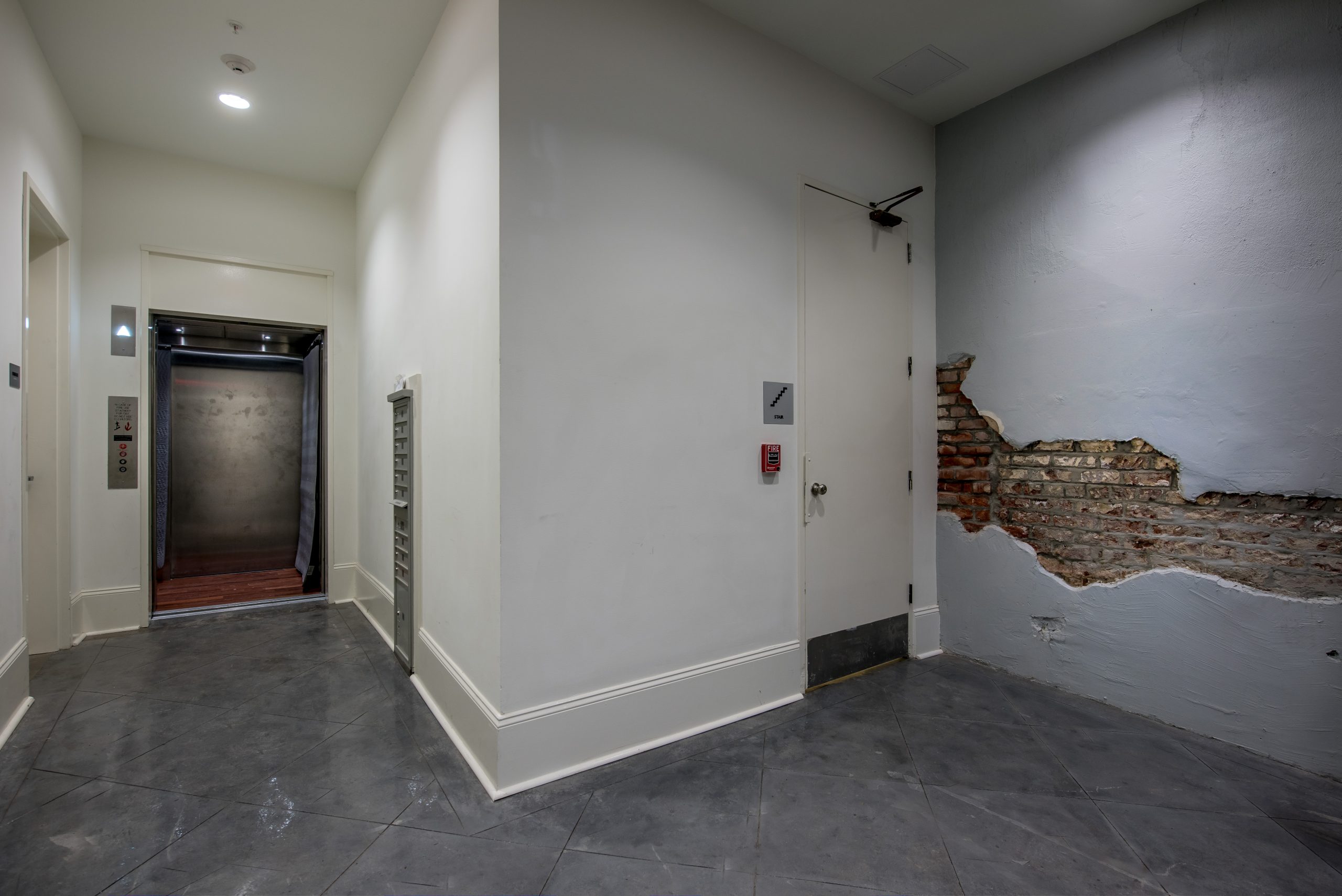